Water and wildlife in the nation’s public forests are slowly being poisoned by insecticides and other chemicals used in illegal marijuana operations, say forest police and researchers. They warn that the potential environmental damage could last generations.

Many of the grows are the work of highly organized drug cartels that take advantage of the forests’ thick canopy to help hide their operations. Some sites go undetected for years.

“The true crime here is the fact that they’re killing off basically America’s public lands, killing off the wildlife, killing off our water,” says Kevin Mayer, a U.S. Forest Service law enforcement assistant special agent in charge. “This is stuff that, you know, it’s not gonna repair itself.”

Now, an unlikely coalition in California — including environmentalists, law enforcement agents, politicians, wildlife ecologists and representatives of the legal cannabis industry — have joined forces to try to reduce these illegal operations and the environmental threat they pose.

Some in that coalition recently visited a site discovered deep in California’s Shasta-Trinity National Forest. They and a group of armed Forest Service agents made their way down a steep hillside above a creek on a warm fall day, through a tangle of Douglas fir and madrone trees and big leaf maples turned golden yellow.

Finally, the forest gives way to a sprawling grow and camp site. It’s typical in shape: terraced plots carved erratically into a hillside scared by wildfire. The burned trees and new growth offer some cover from air surveillance. Two Mexican nationals were arrested at the site in September; they are suspected of being affiliates of a cartel.

There’s some 3,000 pounds of trash here from discarded clothes and propane tanks to 3 miles of plastic irrigation pipes — an indication this site has likely been used for years. Most of it eventually will have to be hauled out by helicopter.

But the trash is the least of the problem.

“This one is Bromethalin, which is a neurotoxin rodenticide,” says wildlife ecologist Greta Wengert, holding a spent container that held bags of bait blocks to kill rodents. The plastic irrigation lines snake around a makeshift kitchen littered with open bags of fertilizer and spent bottles of commercial insecticide. 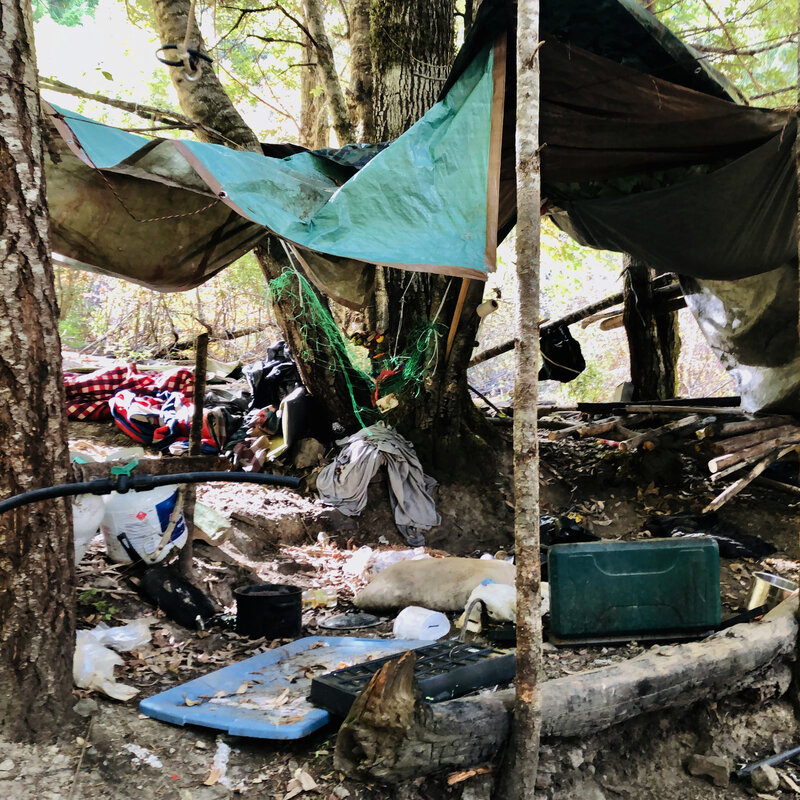 A sprawling grow and camp site was abandoned in California’s Shasta-Trinity National Forest. There’s some 3,000 pounds of trash here from discarded clothes and propane tanks to 3 miles of plastic irrigation pipes — an indication this site has likely been used for years.

Wengert points to a tree where she found about a gallon of concentrated carbofuran, an insecticide banned by the Environmental Protection Agency for all legal purposes. Carbofuran is produced in the U.S. by Pennsylvania-based FMC Corp, which exports the product to Mexico, India and other nations. The European Union, Canada and Brazil have full bans on carbofuran.

CREEPY Things that were “Normal” during the Vietnam War

Join Us on Telegram!